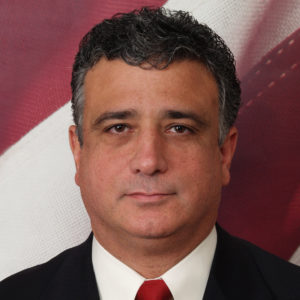 Sal Lifrieri has seen it all in the security and law enforcement world. He began his career as a NYPD patrol officer in the South Bronx and worked his way up through the ranks to plain clothes, investigations and ultimately achieved the rank of Detective First Grade. He was hand-selected and trained to become a member of the Hostage Negotiation Team in 1988. Later, while serving in the NYPD’s elite Intelligence Division, he was chosen to develop, implement and run the Russian Organized Crime project. A year later, he accepted the position to head the Protective Operations Unit (POU), which handled threat assessments, threat investigations, communications security, site surveys, and advance site security for major events to protect Mayor Rudolph Giuliani, his family, and other key elected officials.

While leading the POU, he also developed protocols for threat assessments, investigations and site security surveys.

He is also a renowned lecturer on the subjects of VIP and celebrity stalking, Threat and Vulnerability Assessments, Crisis Management and Planning, Terrorism, Executive Travel Safety and Women & Stalkers.

Sal has developed a series of security-related keynote presentations to meet the needs of audiences who want to create a safer environment for themselves, their businesses or their clients.