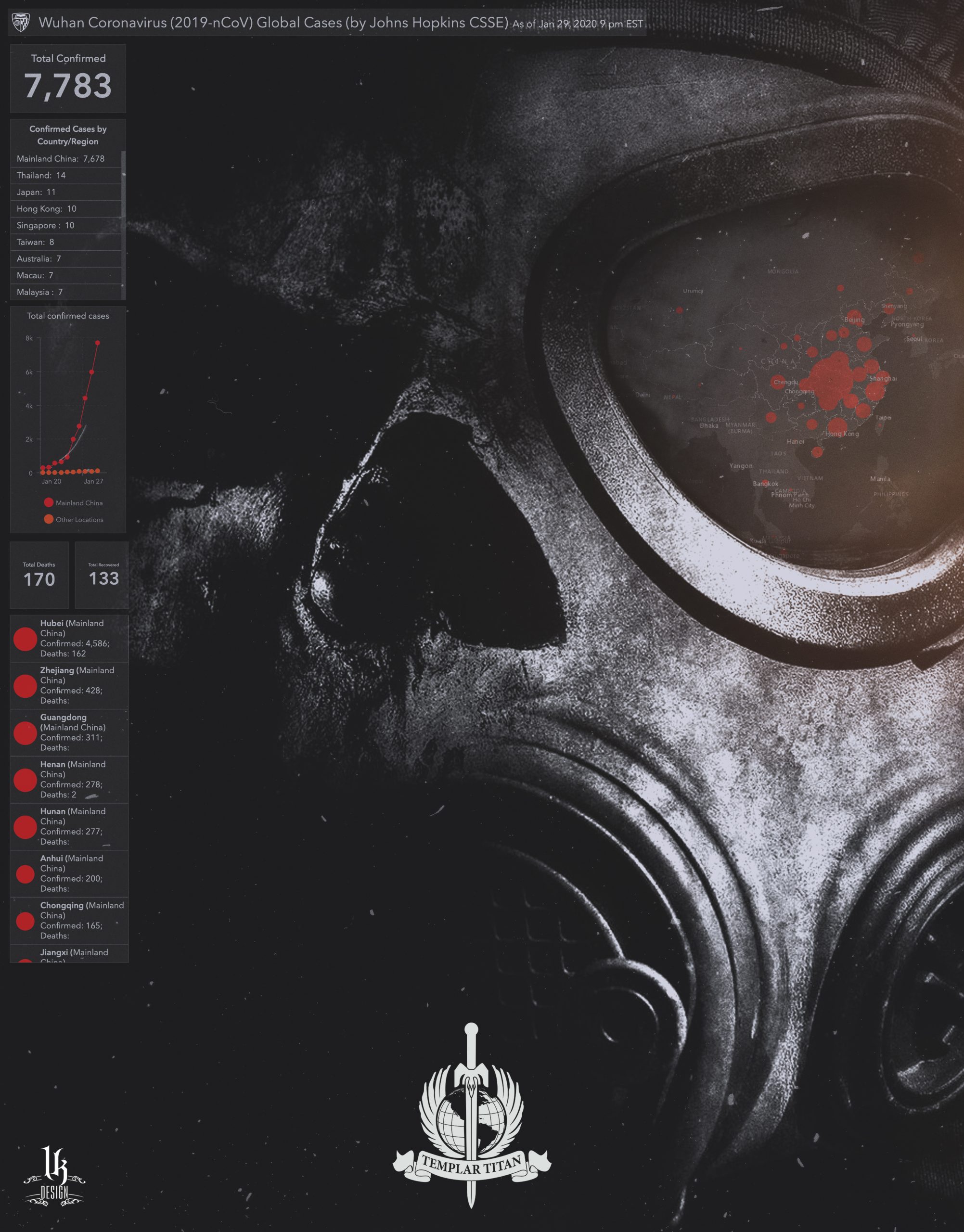 Coronavirus has now surpassed the death toll from SARS, making it one of the most potent threats to global health and security. As of this writing 811 people have died including the first American.

So far the global response has been to treat this outbreak as a public health crisis. It is incumbent upon us to consider the national security implications as well. From a military decision-making perspective this forces us to consider a wide range of possibilities, from the likely to the highly improbable, in order to make sure Americans are protected from this outbreak and potential future ones.

The outbreak has scientists, medical professionals, governments, and even military officials scrambling to figure out the root causes and the best practices for containing the deadly spread of disease. While the international community has not reached consensus on the origins of 2019-nCOV, it is incumbent that front line personnel and decision makers plan for a range of scenarios in order to manage the death and damage caused by potential pandemics.

It is specifically the responsibility of national security officials and military planners to plan for or ‘wargame’ a wide range of possibilities when it comes to both origin and response to national security threats.

In reality, usually the simplest explanation is the correct one. Viruses have been mutating and killing people since there were people. Often in complex, dynamic, and dangerous situations, there is a tendency to draw erroneous conclusions, to mistake correlation for causation, to see shadows in the dark. It’s a natural human response to unknown dangers. The Coronavirus that is sweeping across China and parts of the globe is one of the latest of a scary series of viruses. It is reminiscent of the Ebola scare and the Avian flu epidemic before that. We don’t know how rapidly Coronavirus will spread, but the most extreme statistical models cause incredible concern and alarm. Many of the models, based in part on the epidemiology of the 1918 pandemic paint a dire scenario. To date the virus reportedly has infected at least 40,000 people. Unlike 1918 we now live in a world with airplanes and an interrelated global transportation system.

Determining the origins of any virus is a complex investigation of virology, epidemiology, and sometimes best guesswork. The current scientific consensus seems to be focusing on a market in the Wuhan province of China. This analysis is largely epidemiological based on the reported fact that 7 of the initial cases reported contact in the market (Although patient zero appears to not have visited the market). The market, a mix of seafood and wildlife suggest the possibility that Coronavirus jumped the air gap from animal to human. Bats are a likely vector because of a long-standing genetic adaptation that allows them to act as hosts for a variety of mammalian transmissible viruses.

From a national security perspective, we cannot take any of that information for granted. When it comes to something like the Coronavirus, officials must “hope for the best, but plan for the worst.” The information coming out of China is sporadic and unreliable at best. There are medical, political, and economic reasons to suspect that China has moved too slow in reacting to the outbreak and been less than forthcoming about the virality of the epidemic. They have been even less forthcoming about the origins of the virus. The dangers of reporting, the closing of borders, the dearth of verifiable evidence, has resulted in an even greater lack of information about the start point and consequences of the virus.

Deep investigation will ultimately determine where Coronavirus originated. It took months of investigation to trace the likely emergence of the Ebola outbreak to a bush meat market on the Liberian border. In the meantime, the U.S. national security apparatus must brace and protect against the spread by undertaking a series of precautionary and preventive measures.

As part of that preparation the US should consider a range of possibilities outside of the current outbreak scenario. The military uses a concept called MLCOA, or the Most Likely Course of Action. In this case we understand based on current mainstream news reports that the MLCOA is that an organic virus is mutating and spreading fast. We have a second concept for military planning called the MDCOA, or Most Dangerous Course of Action. Military planners entertain the worst-case scenario in order to make sure we are prepared for any outcome. In this case the Most Dangerous Course of Action is that the Coronavirus is not organic but was in fact manufactured as a part of a Biological Weapons (BW) program. While this is an unlikely scenario it is prudent for Military leaders to plan for every scenario. Even as a hypothetical, the military engages in these kinds of Red Cell operations in order to increase preparedness. For example, the military has a long history of preparing for a nuclear attack even though one has never been launched. Similarly, the rapid spread of coronavirus has exposed how unprepared US systems are for an attack regardless of origin. If there is a silver lining in the spread of this disease, it is that it will force the CDC and other institutions to increase their preparedness for disease pathogens in a globalized world.

Back to the MDCOA. Imagine for a second that coronavirus is indeed not organic in nature but was deliberately created as part of a biological weapons program. Most people in the national security community suspect that China (like the US and Russia and other great powers) has an active BW program. Wuhan province, where this outbreak originated, is home to China’s premier virology institute. While the existence of this facility is known, it is simultaneously true that Biological research, like Nuclear, is a dual use technology. There are legitimate medical and scientific reasons to study viruses and the best research in the world is being done collaboratively by sharing knowledge across research institutions. Simultaneously, there are great national security concerns around researchers sharing sensitive national security information with China. Case in point, Harvard professor Charles Lieber who ran a prominent nanotechnology and chemistry research institute was arrested this week for his connections to China. He was being paid $50,000 a month stipend and lied to federal investigators about information he had shared with China. Liebner was one of hundreds of academics recruited into the Thousand Talents Program, a research funding mechanism sponsored by the Chinese government. This kind of academic espionage is becoming increasingly common and is illustrative of the dual use problem. With some of the most dangerous viruses in the world, the concern is even greater, and it highlights the paradox of our relationship with China. The U.S. and China have a relationship that is both competitive and collaborative.

It is not just the US relationship with China. This dual use, academic and military paradox is a global phenomenon. Last year a husband and wife research team were escorted out of the national Microbiology lab in Winnipeg, Canada. The researchers had been sending samples of Ebola and SARS back to the Level 4 virology lab in Wuhan (it’s not clear if this is the reason for their expulsion). While Canadian authorities have been denying any connection between Wuhan and Winnipeg in relation to Coronavirus, it is critical information for national security planners. The entire episode highlights critical nodes and pipelines that intelligence, military, and medical planners need to have visibility on. The academic exchange between national specialty labs is important to combating disease. It can also be part of the pipeline to create them.

Which brings us back to Coronavirus. It is prudent from a national security perspective to wargame a scenario where the virus did not originate organically but was indeed part of a biological weapons program. In the non-organic scenario, there are two distinct possibilities. One is that the virus was built in the Wuhan factory and poor management created a biological accident allowing the virus to escape. This model requires (similar to an organic outbreak) a cooperative response between nations. This scenario will focus on working with Chinese officials and medical responders around the world to seal borders, develop greater surveillance and detection systems, and work on vaccines and palliative care solutions to prevent the spread of the virus and reduce the death toll. It even requires longer term cooperation like safe handling of dangerous materials, and laboratory safety protocols. Knowledge that can be exchanged. There are infrastructure and environmental issues at play as well. Wuhan sits on the Yangtze river, one of the most polluted waterways in the world. The river has sometimes been referred to as “the living dead” and the cities along it as “cancer cities.” If the populations along the Yangtze are as unhealthy as reported they become more vulnerable as incubators for potential pandemics. The Yangtze provides another mechanism for transport and trade and is important to the proliferation of goods. It can also contribute to the spread of disease and sickness. Controlling a future outbreak with the cooperation of China would have to account for one of the most polluted rivers in the world, a threat not just to Chinese populations, but now to the globe.

The second more nefarious scenario is that the virus was deliberately released as an act of aggression. This scenario requires a fundamentally different posture and response. A virus needs three things to propagate effectively:

An effective (high lethality) virus from a Biological weapons perspective has a long incubation period, an effective transmission mechanism, and is lethal but not so lethal that the virus can’t spread from an epidemiological perspective. It also requires a delivery system. The deliberate delivery scenario requires three kind of responses. Medical, military, and political/economic.

The military response has to calculate and take into account the medical response while dealing with the military dimension of the pandemic. In a scenario where the US is suffering a chemical, biological, or radiological (CBR) attack it is likely the military would be dual hatted as both a medical response force (as in the Liberian Ebola outbreak). All the more reason DOD should invest more resources into preparing for a deliberate biological attack scenario.

Finally, the political and economic response to a biological attack should be part of any Wargaming scenario. Already the Coronavirus is estimated to have had a $280 billion impact on the global economy. That level of economic impact is within itself a national security threat.

There is no panacea or real precedent for a full-scale biological attack on the U.S. There also was not a precedent for using box cutters to hijack airplanes. The challenge of national security planning is imagining our worst nightmare and being ready to respond.

Ultimately political leadership, must confront the very real threat of biological attacks against the U.S. that do not necessarily originate in the U.S. They must develop more robust detection and surveillance mechanisms. National security officials must confront the challenging question of how academic institutions share knowledge in fields (like virology, AI, microbiology, nuclear tech) that could be weaponized.

In the end, Coronavirus is one in many of a long line of potential pandemics, but it has taught us powerful lessons. Regardless of origin, the US must develop a robust defense network to guard against lethal viruses that emerge from distant corners of the world. Nature telegraphed its pass with Avian Flu, but we failed to respond appropriately. Preparedness, everything from manufactured personal protective equipment like N95 respirators (which are in short supply) to military response to economic pressure should be exercised. The new frontiers of warfare are fluid, dynamic, and blurry. We must evolve and adapt to them faster than the viruses that threaten us. 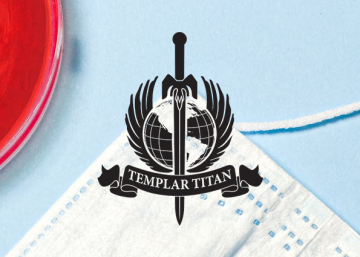 The Tactical Virology chart is provided by TEMPLAR TITAN, inc. to be used as a... 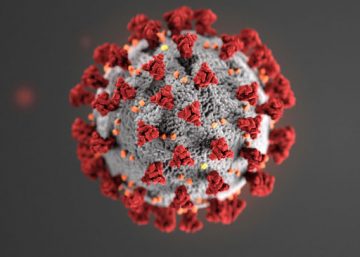 Severe acute respiratory syndrome coronavirus 2, formerly known as the 2019 novel coronavirus, is a...

I)  ASSESS Conduct an assessment of the most vulnerable and critical nodes of exposure. Examine...

TEMPLAR TITAN is proud to sponsor 'Made to Impact' to its friends, business associates and...